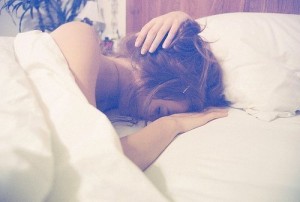 I am outraged. My stomach is in knots. Let me explain with a story that I wish was false:

At the end of 2008, two NYPD officers – Kenneth Moreno and Franklin Mata – received a cab driver’s 911 call which reported a 27-year-old intoxicated woman in his car. In response, Moreno and Mata took her back to her apartment where she threw up and blacked out. Then, ‘allegedly’, one of them raped her while the other stood guard. The victim has explained that the officer attempted to lift her before she blacked out, after which she woke up and heard “velco ripping”, realising “somebody was rolling my tights down my legs”, which led to the crime.

“I woke up to being penetrated from behind. I woke up because the action of his penetration was so hard that my head was moving toward the window [at the end of her bed] like it was going to go through it. [I had no way to fight back] because I was so intoxicated, I was dead weight. I couldn’t say or do anything.”

Today, they were – apart from three counts of “official misconduct” – cleared of all charges.

I understand that every a rape accusation does not equal a rape, but the evidence in this case is too solid to ignore:

Post-verdict, Kenneth Moreno stated that his accuser was “mistaken and confused,” and “she made the whole thing up”, following with “I’m glad it’s over. It’s a lesson and a win“. Right. #Winning. When a reporter asked him what he meant by his comment, his lawyer – Joseph Tacopina – interjected with “well, we’ll just leave it at that.”

Most news sources that have covered the case refer to the victim as “the drunk woman“. This is a living, breathing, feels-pain-the-same-way-as-you-and-I woman. After pushing through the threatening experience of reporting sexual abuse, this is the most unforgivable example of victim-blaming I can imagine. The jury and media are sending out a message to countless victims who think they have to remain silent: trying to prosecute a rapist is a joke if their lawyer understands loopholes.

The system is bullshit. Is it time women only drink in their own kitchen and start installing security cameras in their undergarments? Is that the society we’re building?