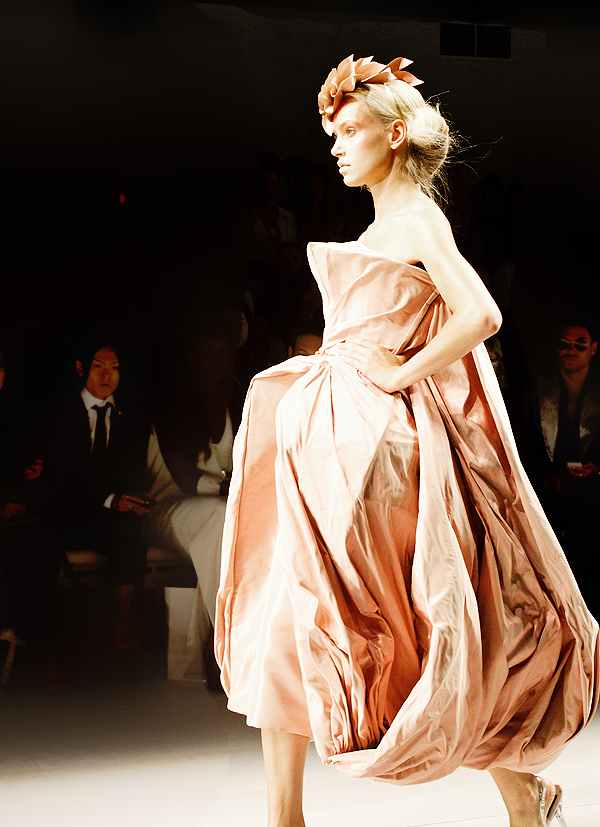 Though it was one of the first shows of the week, I knew Corrie Nielsen would be one of my Spring/Summer 2013 favourites as soon as the lights dimmed. Her collection, Florilegium (the gathering of flowers), is an editorial stylist’s dream. Inspired by London’s Royal Botanic gardens, Nielsen tailored her elaborate collection to echo both the glasshouse architecture and elaborate fauna of the space itself.

Garments billowed and swung down the runway in carefully considered beauty. With no floral print to be seen, the inspiration was forced to life through less literal ideas, favourites included a peony rose-shaped metallic silk and a dip-dyed wedding dress that played out Corrie’s interpretation of Charles Darwin’s theory of evolution. Peplums, domed backs, and extravagant sheer panels were entwined in many more wearable separates; every piece with its own signature Corrie Nielsen trick and treat. This woman is the modern couturier. 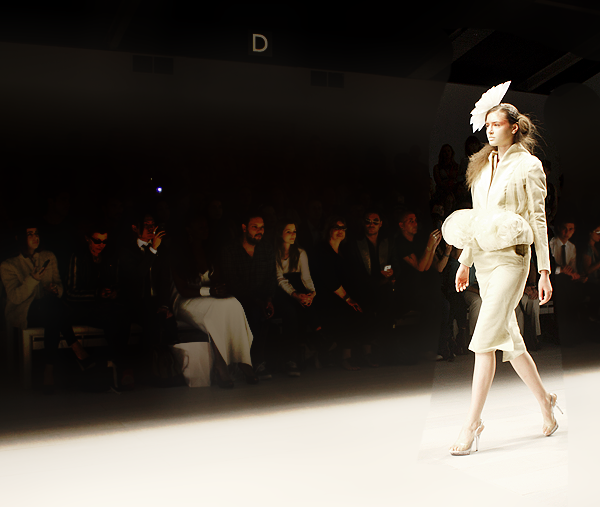 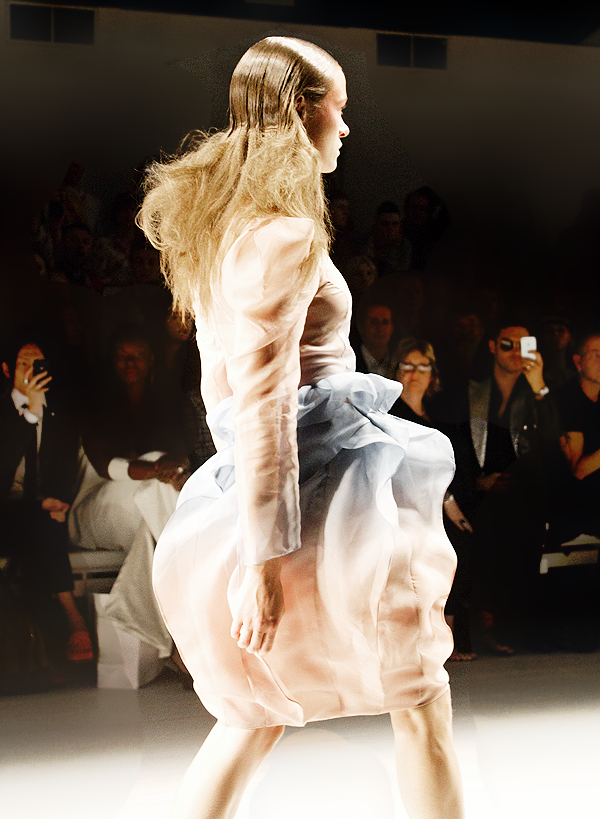