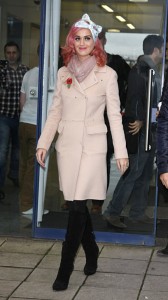 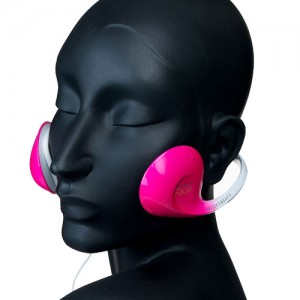 In 2009, Slendertone Face was launched. This revolutionary device offered a – scientifically proven – face lift without surgery. Obviously, it became a waiting list-only item.

How does it work? Basically, the Slendertone Face sits on your cheek area like a set of headphones. Inside the padded area (which rests below your cheekbones), gentle electrical impulses get to work on toning and exercising your facial muscles which result in a slow-down of the aging process.

The world’s first natural face lift has been re-born in the most delicious way! I was intimidated to try the device at first, as I have never used anything ‘heavier’ than a face mask on my face. However, with controls that allow you to set your pulse’s strength, it felt comfortably customizable. In all honesty, it was relaxing and completely pain-free.

And the results? I have to first disclose that one of my nicknames is ‘Babyface‘. As someone who gets IDed even walking into a bar, I am not the target customer. But I’m sold. Out of the five programs (Lift, Radiance, Massage and the new Advance Lift and Complexion), I chose the latter and literally watched my perma-eyebags disappear. On setting 15 from 0-99.

I have no problem guaranteeing a change in your skin when the Slendertone Face is the real deal for someone who expected no results. (And each piece of ‘face furniture’ – Philip Treacy’s words! – is hand-painted in the UK!) 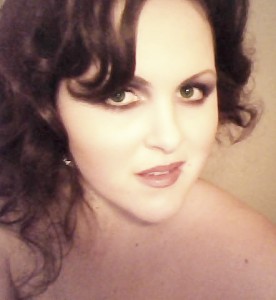 Charlotte Cave is a London legend. Now 20 years in the industry, she has styled the hair and makeup of everyone from Coldplay to Ellie Goulding (hair lust) and has recently opened up her first salon in Clapham Old Town.

The intimate salon is salmon-coloured with spotlight accents, and a bares no resemblance to the impersonal ‘hair factories’ that London seems to home at every corner. Everything you get here is purely personal with no detail spared. In partnership with Sisley cosmetics, your visit begins with a rave-reviewed face mask and is followed by a mini manicure with a slew of Chanel and OPI nail polishes to choose from. Then comes the make-up. Charlotte knows every tip and trick in the book and her talent is just extraordinary. Don’t miss out.

Yesterday, partnered with her sweet-as-pie stylist Sven, I was curled, teased and coiffed into a modern day Clara Bow for the Playboy party I was attending in the evening. They completely transformed my long, unordered mane with not a snip in sight. I truly believe nothing is impossible at the hands of Charlotte Cave and her terrific team. Check out the website to experience your own piece of beauty heaven.