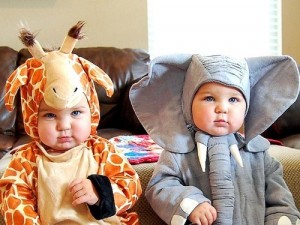 I am – and openly hope to remain – childless by choice. Sadly, this decision leaves a lot of people judgemental, conflicted, and ready for police-esque interrogation. To put it simply, I don’t want kids because my ideal lifestyle and the goals I plan to achieve do not correlate with child-rearing. Babies (which, as we know, grow into teenagers and adults) require time, attention and resources that I am not prepared to offer.

Which apparently is not an excuse.

My honest statements are often returned with falsely authorative responses like, “Oh! You just don’t understand”, “But your kids would be so cute“, “What if Mr. Right wants them?”, “You don’t like babies?”, “Then why do you want to get married?” and my favourite, “Not even one?”

From a young age, I decided to follow a simple rule: unless children are your priority – do not have children. The demanding feedback I’ve recieved from mothers, pregnant woman, and many other females with babies on the brain are inexcusable. To put it in perspective, I have two Pomeranians and know plenty of others who do not have a single Pomeranian; I would never ask them why. If I were to turn the tables on a pregnancy-prepared woman and ask “why would you want to have kids?“, it would be considered highly offensive. Rightly so.

Our life choices are our own and require no explanation. This culture of parental permission slip invasion is problematic and propels the infantlization of women in regards their reproductive rights. The world we live is full of – otherwise intelligent – people who believe that having children is a woman’s sole or eventual purpose. Without giving birth, you are ruining the paradigm. Bonkers with baby-making, the media does nothing to help the situation, and often nurses the idea that deciding to put your energy into other ventures makes you anti-children.

This is not the case. I am absolutely overwhelmed by the cuteness and goo goo ga ga giggling of toddlers. I see beautiful, healthy families that live joyous lives and my heart skips. The idea of tiny versions of my best friends has me mentally purchasing very expensive and fashionable onesies.

None of this will make me a mother. Truth be told, my boyfriend and I are excellent parents to our reckless animal babies, and our genetic make-up would likely produce loved, charismatic, and intelligent kids. It is just not on our agenda.

It is okay to not have children, but it won’t stop the aforementioned knee jerk reactions. Conclusively, others cannot tolerate the idea that kids are an option. Reproduction as an option means they have to consider whether they made the right choice. As long as it is “something you do“, they don’t have to question it. So, what do you do when someone just. won’t. drop. it? Pre-plan a decisive way to address the tangent before it goes too far. Let them interpret “I can’t bear children” in their own way, or reply with “Why do you ask?” until they get the message.

I accept that my mind can change. I’m a “come what may” woman by nature and believe you can never say never. When I’m sixty and three times as intelligent as I am now, I might decide – while sleeping on stacks of hundred dollar bills – that it is Baby Adopting Time. Until then, my parental qualities will make me a phenomenal aunt and/or godmother, with a lot of extra pesos to spend on designer shoes.

Whatever choice you make (in every aspect of your life) – whether you decide to order the cheeseburger or the salad – it’s important to stick to the one that makes you happy. Constructing your life to fit the demands of others is dangerous territory, so allow no-one the opportunity to deter you from your prerogatives.

—
Notably: Elizabeth Gilbert wrote in “Committed” that – in all cultures – roughly 20% of women don’t have children, with that percentage of women tending to take on more political, and ‘nation-changing’ roles in society. In “Stumbling on Happiness”, the other Gilbert – Harvard professor of psychology, Daniel – used several studies to conclude that marital satisfaction decreased dramatically after the birth of the first child, and increased only when the last child has left home. Notably, he also found that parents would be happier grocery shopping or sleeping than spending time with their kids.