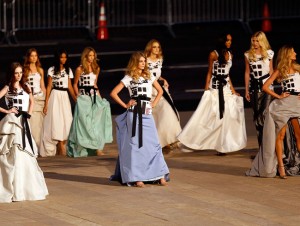 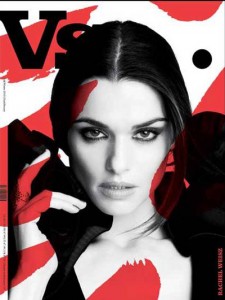 Never failing to surprise with their covers, for the latest issue of Vs Magazine they have decided to release four covers led by supermodel Naomi Campbell. In addition, we have the gorgeous actresses Christina Ricci, Eva Mendes, and Rachel Weisz all scribbled over in red graffiti. END_OF_DOCUMENT_TOKEN_TO_BE_REPLACED 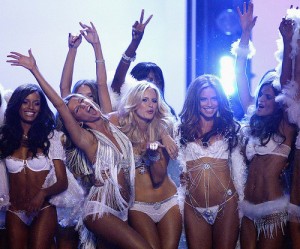 Vogue promised that there would be 150 top models at New York City’s largest-ever public fashion show, Fashion’s Night Out: The Show, and the names are even bigger than we all expected. Alessandra Ambrosio, Gisele Bündchen, Naomi Campbell, Lily Donaldson, Karolina Kurkova, Adriana Lima, Angela Lindvall, Sasha Pivovarova, and Coco Rocha will all be walking the runway at Lincoln Center. If you can’t watch the spectacle unfold in person, André Leon Talley and Vogue.com contributor Hanneli Mustaparta will be hosting a live webcast on CBS.com. This may be the only time you’ll see these gorgeous creatures in lower-end threads. A fashion voyeur’s delight no matter where you are. 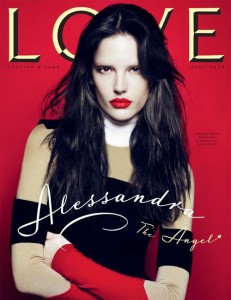 For September’s Love Issue 4, the editors are continuing the trend, but this time around, the looks are anything but similar. Rosie Huntington-Whiteley takes on a 50s bombshell appearance, while Alessandra Ambrosio’s gone high fashion and drastic by bleaching her eyebrows and painting on a bright red lip to pair with the background. All eight covers will be coming soon.
END_OF_DOCUMENT_TOKEN_TO_BE_REPLACED

After the blow-up we all heard about previously, they finally released their tri-cover!

In the words of i-D:

With more names than you can shake a bag of monkeys at, we have brains, beauty and the downright gorgeous, back-to-back-to-back in our non-stop birthday festivities. From rapstars to trapstars, supers to trannies, we conducted a 3 week celebratory photoshoot at Somerset House collaborating with Nick Knight to document the turn of the decade. From cover to cover, the portraits will run throughout the THEN Pre-Fall issue. Almost 200 people took part in the breathtaking project, including The XX, Phoebe Philo, Sir Paul Smith, Florence Welch, Vivienne Westwood, Lara Stone, Pink and Gareth Pugh. Shot entirely in black and white this will be a collectors issue of the future and an important marker in time – made even more spectacular with our three amazing cover stars; Kate Moss, Naomi Campbell and Lady Gaga.

To be honest, I’m not feeling the new logo but I am beyond excited to paw through the insides.