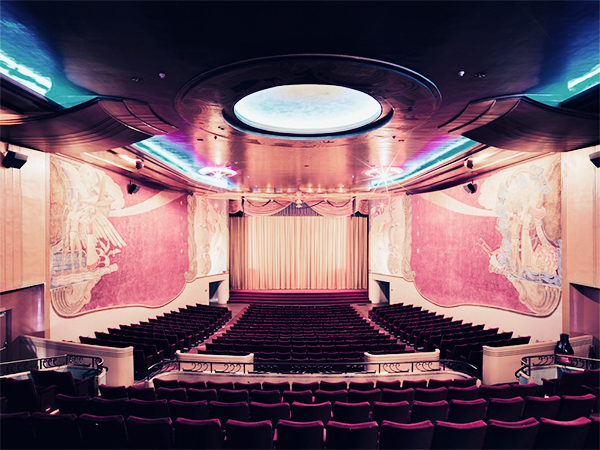 It’s been a bit too long since I’ve invited y’all here to cosy up for film o’clock, hasn’t it? We have a lot to catch up on…

Trailers are starting to trickle out for the Neil Armstrong biopic First Man and my spideysense feels we’re in for another stellar show from wunderkind director Damien Chazelle. The man who helmed Whiplash and La La Land has once again partnered up with everyone’s future husband, Ryan Gosling, to tell the story of the first man to walk on the moon and early indications from film festivals suggest it could once again land Chazelle in Oscar talks.

Despite a childhood spent championing Buzz Aldrin to anyone who wouldn’t listen (always here for the underdog), I can’t wait to see the film. Moreso than my typical cinematic geekery allows. I have been wrapped up in idealistic debates on the inherent dramatic potential of a major figure’s biopic. In the hands of the right cast and crew, biopics can educate, fascinate, and inspire us all at once. They do what I believe film was made to do and can easily (if not arguably) become Hollywood’s most valuable tool for change.

As luck would have it, there are several more exciting biopics heading to the silver screen over the coming months. With First Man just around the corner, here is my painstakingly decisive pick for the best of the rest…

One of the most famous chapters in British history is empire’s trials and tribulations during rule of Queen Elizabeth I. Even deeper, her soap-worthy rivalry with cousin Mary Queen of Scots. While historians have already aired their grievances with this film and a few inaccuracies hinted at in its trailer, the basic story is about to be brought to life in what looks to be a sensational – or sensationalist – fashion. Elizabeth will be played by Margot Robbie and Mary by Saoirse Ronan, both of whom were nominated for Best Actress Academy Awards just this year. A less familiar Josie Rourke will direct and – inaccuracies aside – she looks to have pulled off a wildly charismatic viewpoint. Early glimpses suggest Mary will become Ronan’s role of all roles.

Freddie Mercury. Rami Malek. X-Men direction. I mean, come on Bohemian Rhapsody. It’s almost too much for a filmgoer to take.

The long-awaited musical biopic looks set to become one of the greats – the ones that come along once or twice a decade and enthral those who don’t consider themselves fans of the group or genre at hand. Granted, everybody likes Queen at least a little bit.

The film’s focus on frontman Freddie – one of the bravest and boldest rockstars of our time – is carried by the critical care of Rami Malek (Mr. Robot, to the masses). By all accounts he assumed the role under incredible pressure, with astonishing dedication, and helped Bryan Singer’s direction (best known for handling the bulk of the modern X-Men franchise) reach unparalleled heights.

On The Basis Of Sex

This may be millennial bias speaking, but it’s hard to remember a Supreme Court justice who shook the proverbials up quite like Ruth Bader Ginsburg. The “Notorious RBG”, as she now known, has not only become a hero for the liberal faction of the United States desperate to hang onto influence in the Supreme Court, but also an indisputable icon of women’s rights. Beyonce in wire frames, if you will.

Though she was the subject of Netflix’s RBG only recently, On The Basis Of Sex is taking the modern marvel to the megascreens. The film has been directed by Mimi Leder (who also happened to be the first female graduate of the AFI Conservatory) and Felicity Jones will play a young Ginsburg bringing a gender discrimination case to the highest court in America. Regardless of personal politics or interest in the (ghastly) American system, this is going to be phenomenal watch.

While we all recognise Leonardo Da Vinci as one of the true greats of art history, our cultural impression of the man behind the Mona has always skewed towards rumour and  fiction. The Da Vinci Code remains the most famous work from renowned thriller novelist Dan Brown and, to the everyman, infused the artist’s work with fake conspiracies that do little more than entertain. One of the most popular slots in a growing internet gaming category incorporates Leonardo Da Vinci’s portraits in ‘Da Vinci Diamonds’ with cliché slot symbols, effectively turning the artist into a generic source of historical nuance.

On the flip side, Walter Isaacson – most famous for writing the definitive Steve Jobs biography – completely reframed Da Vinci for his literary masterpiece and unknowingly convinced John Logan to adapt the book into a film. With our very own Leo D (Caprio, that is) starring as the artist and inventor, the biopic is full of promise.

If the sound of an Enzo Ferrari biopic sounds strangely familiar to you, it is likely you were one of the millions glued to HBO drama Entourage. The show had a real knack for delivering its protagonist – fictional A-list actor Vincent Chase –  dream roles in films that have since been produced by non-fiction Hollywood bigwigs. A biopic of entrepreneur Enzo Ferrari (creator of Ferrari, as you’ve likely guessed) was one such project that Chase got particularly excited about, and we can now follow suit. The film is slated to be directed by Michael Mann (director, screenwriter and producer of everything from Heat to Hancock) and Hugh Jackman will star in the lead role. Interestingly enough, the film will likely come out within a year of another gargantuan project, Ford v. Ferrari, which will tell the tale of the respective companies’ dramatic 1996 rivalry with the help of Matt Damon and Christian Bale.