Well Covid has been a real treat, hasn’t it? Lots of uncertainty, anxiety and stress for everyone, with the added bonus of a killer virus! Which won’t go away! Hooray!

Quite understandably, I’m losing it, and — even with a few months of reduced restrictions under Britain’s belt — everyone else I’ve spoken to is, too.

Still, we’re all trying our best, and with lockdown two on the horizon, I think this might be a better time than ever to share a little lived-and-learned survival guide for the next few weeks (dare I say months?) of uncertainty.

Don’t worry; I’m not here to tell you to start exercising and eating healthy food. You don’t need any more of that. This Lockdown 2 Survival Guide won’t be as bad as the others.

This has been an exceptionally weird Pride month.

With all that has been going on, Pride has felt as notable as it has non-existent. More invisible — and important — than ever.

It’s been a rainbow-coloured rollercoaster. One day, the Supreme Court would finally agree to protect the rights of LGBTQ+ people in the workplace. The next, JK Rowling would try to EVANESCO trans women altogether (yes, that is the incantation from Potter’s vanishing spell and I’m #notsorry).

But she didn’t stop there. As the so-called ‘trans row’ gained steam, Rowling decided to explain transphobic comments with a transphobic blog. Then, today, delete personal praise for Stephen King after he tweeted ‘Trans women are women’. All in the name of feminism.

(Because, as impenetrable as her arguments are, trans women are apparently threatening to the ‘sex rights’ of cisgendered, heterosexual, white women?)

While I don’t intend on singling Rowling out as the beacon of all that is transphobic, it has to be reiterated — the baseline of all feminism is equality.

Equality which, in the most basic of definitions, would ensure that a specific aspect of a person’s identity (like gender, sexuality, or skin colour) would have no effect on their treatment or opportunities.

That we’re all seen as people.

To believe in equality yet question the sanity, intentions, or existence of a person for not hiding such an aspect is clearly wrong — and in this case, transphobic.

Women, as a collective, do not share a singular experience. Nor do ‘straight people’, ‘tall people’, ‘English people’, ‘trans people’ (etcetera, etcetera). These are labels society has presented us with. Labels we’re either happy or complicit to adopt.

At best, people who share a label may also share a handful of similarities. The rest, whether it’s good or bad, is individual.

The fact is, calling trans women what they are — women — has zero impact on me (a cisgender bisexual woman), Rowling (who continues to restrict the construct of womanhood to “people with vaginas”), or anyone else on the outskirts of trans-ness, but it has an enormous impact on those women.

Just as the slow-but-sure acceptance and advancement of cis women, black women, gay women and more has done for the rest of us.

We are born and bred to be an alliance.

As marginalized groups go, trans people have been dealt an impossible hand; they face daily discrimination and harassment, societal demands that they “pass” for their gender, ridicule around their “transition” (or lack thereof), and HIGH-PROFILE REMINDERS THAT THEY ARE NOT WOMEN BECAUSE WOMEN HAVE ALWAYS FACED DAILY DISCRIMINATION AND HARASSMENT.

I’m going to let that one sink in for a second.

The TERFs can’t rationalize this — weaponizing cis trauma to justify trans trauma. They are so clearly connected, so clearly a manifestation of the misogyny and gender roles that wreak havoc on us all (and the same, in reverse, for all men).

There is no room for people to rest on their laurels (or ignorance, or paranoia) here. The rhetoric has to change.

Do your homework (TransEDU is a goldmine), do your documentary diving (Netflix’s Disclosure is a fantastic place to start), and approach these conversations with the attitude you’d want from someone judging you.

Nobody is equal until everyone is equal.

You could not have paid me to go for a run at any point in the last twenty years.

I was more likely to hike up and down mountains all day than run a single bloody mile. And often would.

It was asked of me at times – when training for soccer, dance and the like – but never received well. With a larger-than-average chest, little legs, type 1 diabetes and a mind that never stops, I simply couldn’t think of anything worse.

Unfortunately, I’m also a do-what-you-say kinda woman, so when a loved one tagged me in the Run For Heroes challenge (to run 5k/3.1 miles, donate £5 to the NHS, and nominate five more people to do the same) at the start of lockdown, I dusted off my trainers and set out to get it over and done with.

Only, something changed. Though I had to take a few walk breaks along the way, I finished the 5k not just feeling good but feeling that oft-promised but never-realized ‘runner’s high’. I wanted to do it again and I wanted to do it better.

But when I did – reducing my time from 45 minutes to 35 minutes in just five days – I wanted even more.

So, when I was eventually scheduled to run my twenty-fifth 5k in nine weeks, I ran 10k instead.

I WENT FROM HATING RUNNING TO RUNNING A 10K IN LESS TIME THAN PEOPLE ARE MEANT TO GO FROM ‘COUCH TO 5K’.

It turns out our bodies can do some truly bloody amazing things. And I’m here to help yours do them, too.

To be 110% clear, I am nowhere near qualified to become any kind of running coach or set custom 10k plans, but I do have some helpful tips and tricks to get you to 10k without wanting to chop your legs off.

So! Here we go. Your friendly neighbourhood couch to 10k plan:

With all of that said, if you need some encouragement or non-pro advice, I’ve been tracking my progress and experiences on Instagram Stories. DMs always open as long as you’re not sending me your genitals.

Now, off you go – Day One starts today!

Well hello, friend! Been quite a while. I know, I know – that’s an understatement – but I had the most all-consuming craving to blog this morning.

I could say it came out of nowhere, but I won’t pretend. After more than a year of silence, you deserve more.

So, here I am today: former full-time blogger and so-called ‘influencer’, tip-toeing back to write for the lolz – something I haven’t done since my work at The Telegraph and Forbes filled my schedule…and quite some time beforehand.

You see, around two or three years ago, I reached breaking point. I was tired of traveling with peers who cared more about sharing holiday selfies than being present in (and for) the places they were paid to visit (or people they met). Tired of seeing industries thrive by fostering fakery. Tired of the commercialization of life. My life.

When I started this blog (a whole decade ago), all I wanted to do was write. I got extremely and abnormally lucky along the way, eventually earning enough to make a living through it, but that core impulse never changed. Even if I did.

When I decided to take a break and get my NCTJ, I wanted to leave it all behind. To swap a life telling personal stories for a life telling everyone else’s.

But I didn’t have to swap it, did I? Because life was still going to happen, whether I wrote about it or not.

Life and death happened, but still, nothing. No diarizing, no creating, no inspiring. At least not for the hell of it.

That’s going to change today because I miss it, and I’ve missed it for quite some time.

I can’t promise much more than therapeutic ramblings today, considering we’re all locked down, but the simple notion that I’ve re-opened a space to share the best of food, travel, culture and life feels good enough for now. 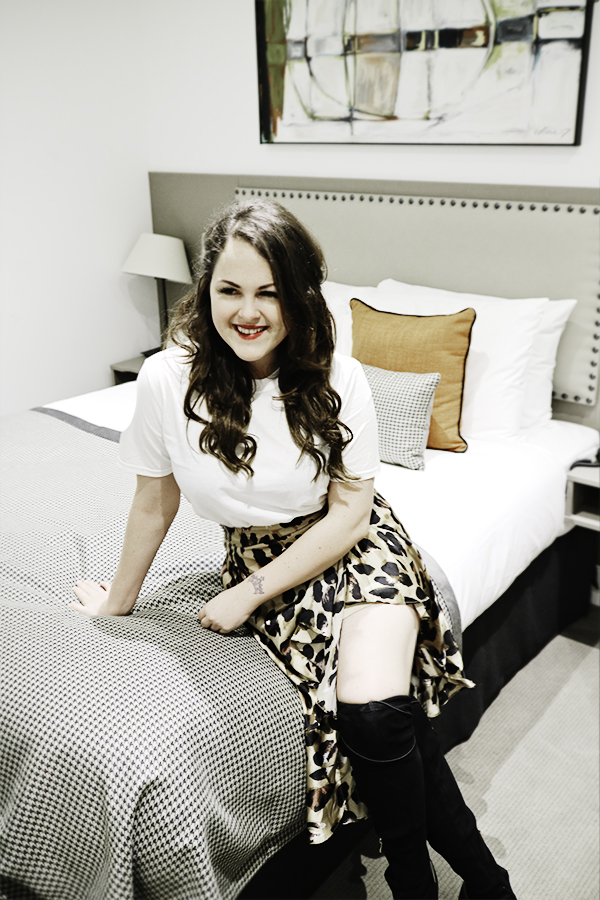 I love a bouji staycation and I’m very aware that turn of phrase makes me sound like an absolute trollop.

There’s just no way around it; hotels are to good times what good times are to a Lela. To date, the record of extraordinary days to days I’ve ended up face-planting into sheets someone else has mace is one-for-one. I back staycations for all occasions.

For my recent birthday, newly opened aparthotel The Chronicle had my name written all over it.

Though the building nestled just a street back from Chancery Lane (and, most importantly, a quick Uber to Shoreditch) it is unbelievably quiet and spacious. As parent company Supercity Aparthotels’ reputation might suggest – a veritable home away from home.

It was the perfect pad to fill up (and glam up) before a boozy birthday brunch with drag queens and an even better hangover hideaway.

In fact, the complimentary Sky TV package (including sports and movies) really helped with the latter.

Time to find something else to celebrate… 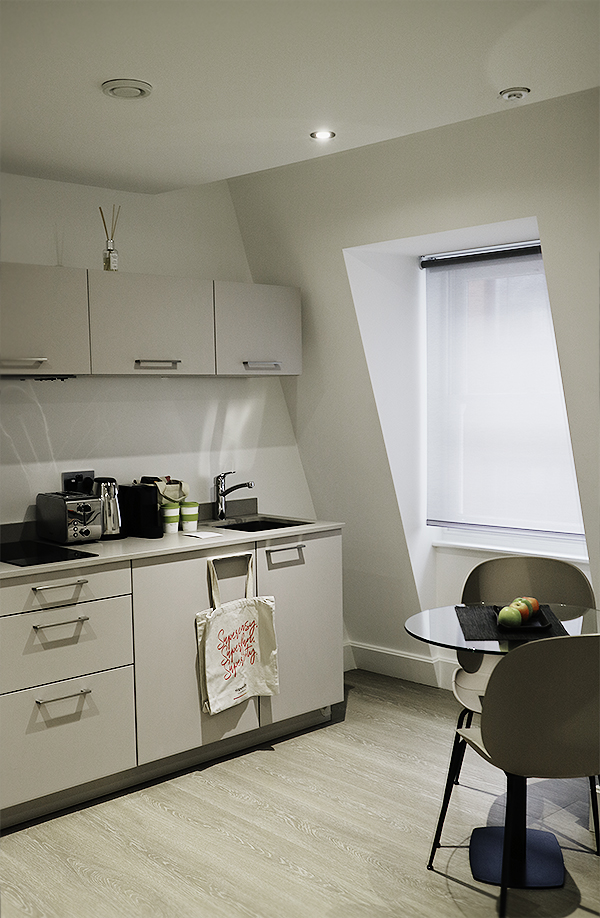 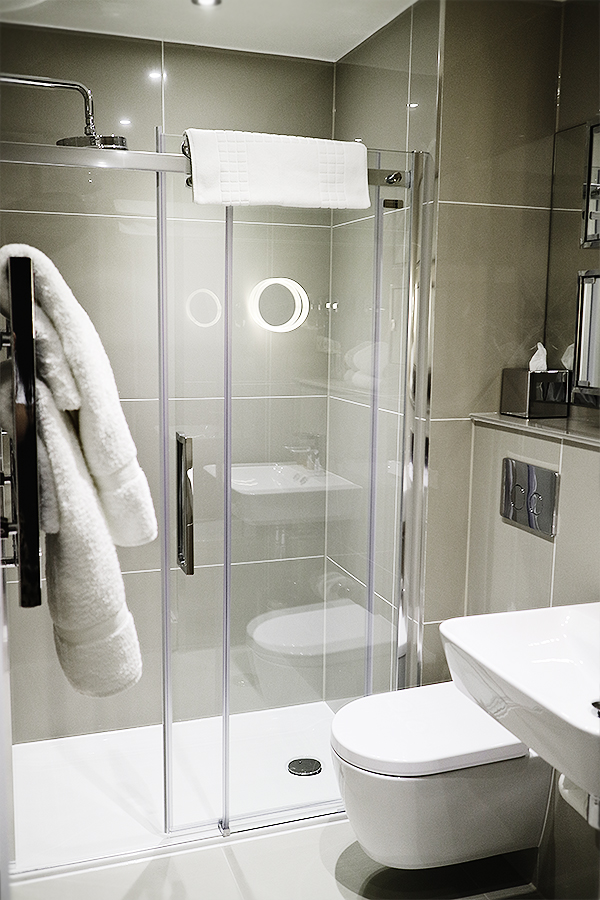 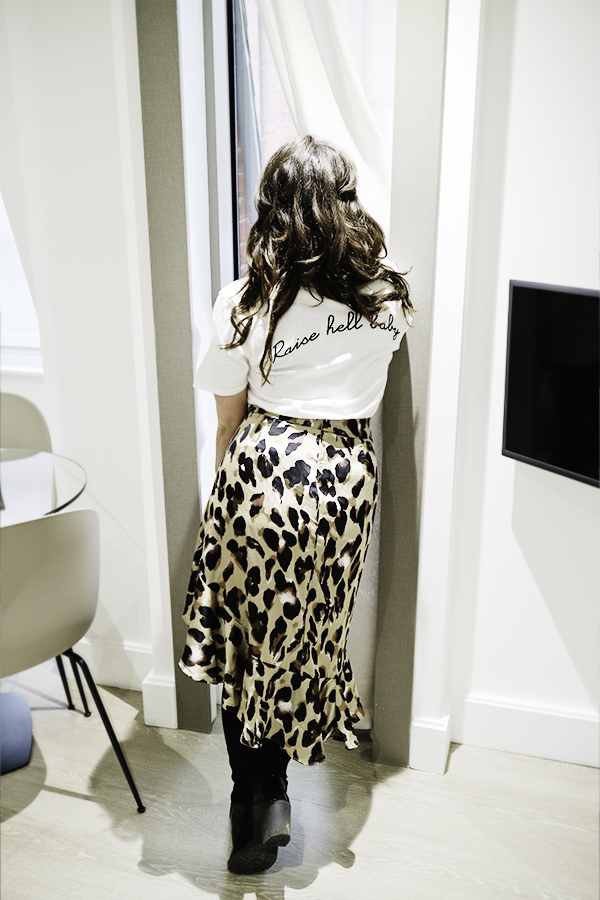