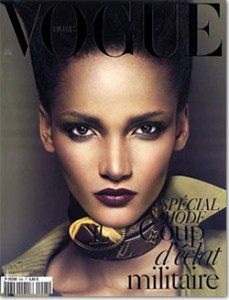 The October issue of French Vogue, never one to do what the other guys were doing for the sake of fitting in, will total 622 pages. Carine Roitfeld favourite Lara Stone will appear on the cover of this issue, which marks the magazine’s 75th anniversary and hits newsstands on September 10th. The issue includes:

And anyone willing to hop over the channel can buy the issue bundled with a “portfolio of oversize photographs from the nine decades, all unbound on thick paper and ready to frame”. JEALOUS.