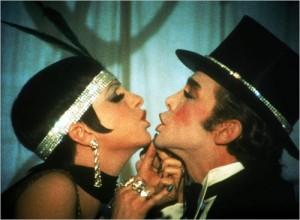 Half way through Day Three of London Fashion Week, my rundowns are all half written and in the most juvenile form of broken English you can imagine. Do not despair! Sentences are not needed as we find out what inspired a few of our favourite designers this season – in one quip or less.

After the blow-up we all heard about previously, they finally released their tri-cover!

In the words of i-D:

With more names than you can shake a bag of monkeys at, we have brains, beauty and the downright gorgeous, back-to-back-to-back in our non-stop birthday festivities. From rapstars to trapstars, supers to trannies, we conducted a 3 week celebratory photoshoot at Somerset House collaborating with Nick Knight to document the turn of the decade. From cover to cover, the portraits will run throughout the THEN Pre-Fall issue. Almost 200 people took part in the breathtaking project, including The XX, Phoebe Philo, Sir Paul Smith, Florence Welch, Vivienne Westwood, Lara Stone, Pink and Gareth Pugh. Shot entirely in black and white this will be a collectors issue of the future and an important marker in time – made even more spectacular with our three amazing cover stars; Kate Moss, Naomi Campbell and Lady Gaga.

To be honest, I’m not feeling the new logo but I am beyond excited to paw through the insides.