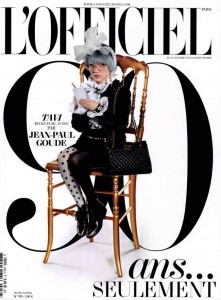 I am so excited to see Tavi Gevinson – of Style Rookie fame – on the cover of L’Officiel! Though she is still in her teens, she is essentially the Blogging Queen. Jean-Paul Goude photographed the blogger/Rookie Magazine Editor in head-to-toe Chanel for their latest issue of the magazine, and it is almost bittersweet; a reflection of “Tween Tavi” (probably the image burned into your mind) with grey hair, geek chic glasses, and a throwback-perfect hair bow. The flashback-esque shot couldn’t be complete without notebook in hand on a just-too-big chiavari chair, could it? 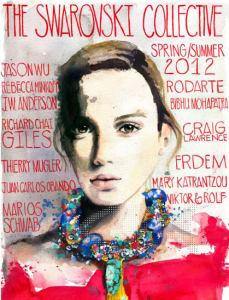 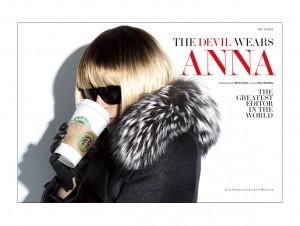 After the success of “The Devil Wears Prada” and “The September Issue“, Anna Wintour and Grace Coddington became targets of many spoofs and critics. The fashion industry is a behemoth playground of replication and criticism, which is why I was quite surprised to fall in love with Brett Lloyd‘s inspired-drag photography of the Vogue Ladies in Charge. What is the cause? Candy magazine: the outrageous publication that showcased a well-breasted James Franco plastered in makeup, and ‘Lady Gaga‘ using a male toilet cubicle. The shots, styling and Drag Queens are flawless; even the male version of the internet’s most controversial child fashion blogger, Tavi Gevinson. END_OF_DOCUMENT_TOKEN_TO_BE_REPLACED 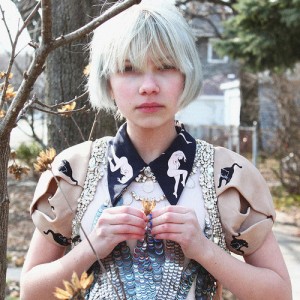 The editorial would be judged as any other. After all, despite their age – Tavi is fourteen and Christine is sixteen – they are both being paid to work on a legitimate high fashion shoot, so why not pit them against the pre-existing industry standards? Much to my surprise, the two were a great combination. The video shows Tavi pick clothes from racks of her favourite designers and run into shots to fix a stray fringe, just like any good professional stylist would. As a fellow stylist who essentially looks like a pre-teen, I definitely have a soft spot.