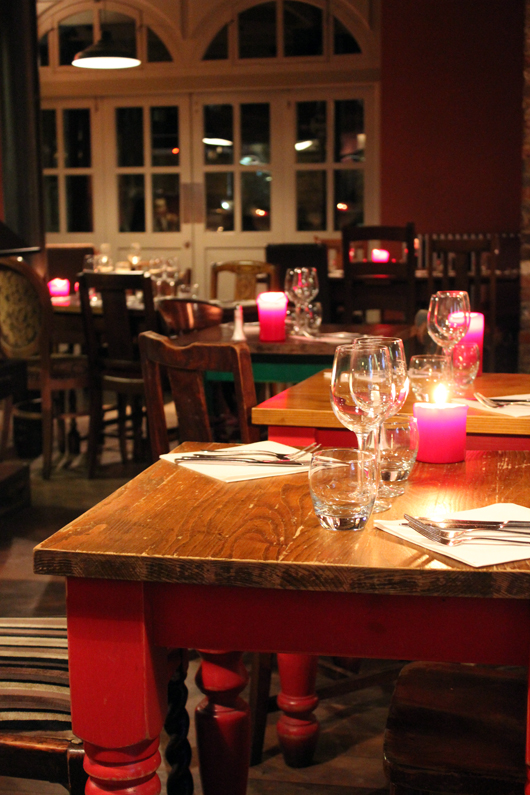 When I lived in a central point between Wandsworth/Clapham/Battersea, my favourite place to eat in the area was The Ship. Technically, it is a pub on the River Thames, and when my brother first suggested it as a venue for a dinner, I was less than impressed. Pub food – by general standards – is bile.

The Ship is an exception. As part of the wave of sublime gastropubs in the city, the food at The Ship wouldn’t disappoint the foodiest of foodies. Led by Head Chef Shaun Harrington, a choice menu of incredibly fresh and moreish food is cooked in an open kitchen, and can be delivered to either the bar or restaurant area.

Last week, The Manfriend and I took a slightly inconvenient turn from our regular stomping grounds to delve back into the menu. As it was over a year since our last visit, we planned to devour everything and anything put in front of us.

By God, it was a challenge. To share between us, we had:

…and not a single portion size was modest. An absolutely delectable feast (and food coma, to boot). The Ship is a ‘must visit’.