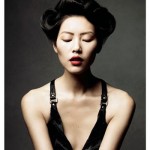 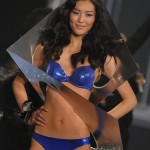 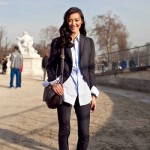 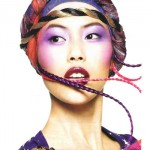 Over the past four years – amongst a sea of chisled faces – one has really stood out to me. 22-year old Liu Wen – a dimpled Chinese beauty with the ability to sell fashion like she was doing it in the womb.

Liu hit the big time in 2008 when she walked for Chanel, Hermès, Jean Paul Gaultier, Kenzo, and Maison Martin Margiela for Paris Fashion Week. Just seven months later, Ralph Lauren, Roberto Cavalli, Balenciaga, Chloé, and Louis Vuitton were added, as well as walks in New York and Milan. As time goes on, her work gets more diverse and enchanting ie. a fragrance contract with Calvin Klein’s one and ck, the French Vogue calendar, a DKNY campaign, and the best runway shows possible (Christian Dior 2010 Couture, hello?).

Including these prestigious credits, she also was the first asian model to walk the Victoria’s Secret Fashion show runway last year and has recently been announced as the new face of Estee Lauder. Cosmetic contracts tend to be a jackpot for any model and EL companies represent a million-dollar win. She’s an asian sensation.