Need the perfect dress for any occasion? My latest obsession has you over. The Outnet – being the Outnet – have once again lured me into tapping in my debit details when aided by beautiful dresses (all from Issa, and all on sale!) being pranced under the dulcet tones of Laura Mvula (Green Gardens).

Dangerously, this is a shoppable video. I dare you to click.

In a whirlwind 24 hour time slot, she first arrived at London’s Heathrow Airport in a silk and cotton-blend dress by Roland Mouret, a one-button blazer by Toronto-based designer Smythe, a Mulberry Polly Push lock shoulder bag, and navy blue pumps by Manolo Blahnik. What we really want? A look at her on-plane outfit! 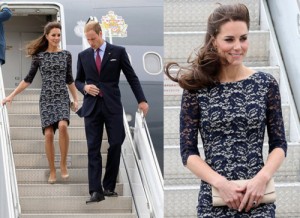 It could very well have been this navy Resort 2012 dress by Erdem. Ever conscious of her critique in the media, choosing Candian designer Erdem Moralioglu was a great choice as she arrived at Macdonald-Cartier International Airport. She paired the dress with a nude clutch, nude L.K. Bennett pumps, and a new hairstyle. Salon in the sky; the ultimate in luxury. 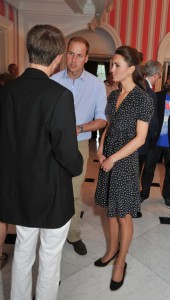 Last (and least): she atteneded a reception in the house of the Governor General of Canada. After a jam-packed day, you really can’t fault her for choosing a simple wrap dress by Issa and low, matching wedges from L.K. Bennett. Kate Middleton really has her ‘style uniform‘ down pat. 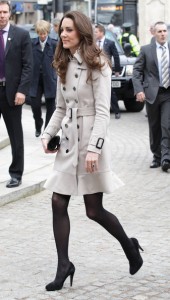 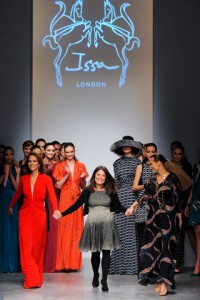 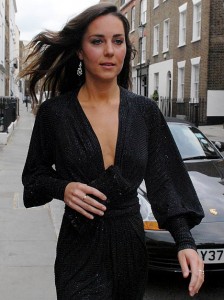 Still enjoying the huge boost that Kate Middleton‘s blue wrap dress has given her business, Daniella Helayel (the woman behind designer label Issa) has decided to infiltrate her jersey dresses and English-styled collections globally. In 2011, the Brazilian-born brand is going to relaunch their business in the U.S., introduce e-commerce on Issa’s website, debut a children’s line called Baby Issa (just in time for a Royal Baby?), and open six new locations in Brazil. Right design, right time.