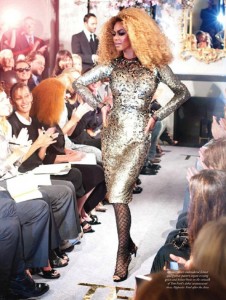 Remember the sneak peaks and nondisclosure naughties after Tom Ford‘s uber-exclusive womenswear show in September? We finally have it on video!

As we were aware, there were models, actresses and more who pranced in Ford’s production, making for fabulous Youtube-vision. We see Terry Richardson photographing the Tom-Forded bodies of Chanel Iman, Liya Kebede, Lauren Hutton, Julianne Moore, Daphne Guinness and Beyonce, among a small crowd of exclusive guests a la Anna Wintour. It’s happy, sweet, and very obviously Seventies. See below! END_OF_DOCUMENT_TOKEN_TO_BE_REPLACED 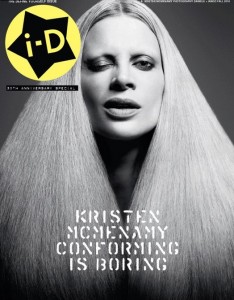 As a celebration of their 30th anniversary special and the ‘Define Yourself‘ issue, i-D magazine chose a selection of cover girls, mixing newer faces with well established models, to end up with a gorgeous group containing Joan Smalls, Liya Kebede, Daisy Lowe, Kristen McMenamy, Malgosia Bela, and Lindsey Wixson. The covers are all that embodies the i-D ‘cool’, which is extended inside with appearances by Karolina Kurkova, Noémie Lenoir, Lara Stone, Eva Herzigova, Tatiana Cotliar, Agyness Deyn, Natasha Poly, and Lily Donaldson, as well as a special tribute to the late Corinne Day. END_OF_DOCUMENT_TOKEN_TO_BE_REPLACED 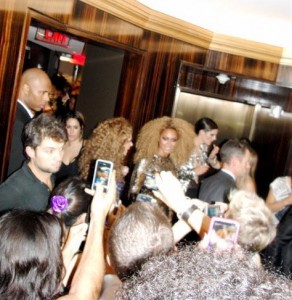 Beyonce arriving at Tom Ford. All we will see for months!

Tom Ford will probably go down as the numero uno show of New York Fashion Week. When Anna Wintour, Joe Zee, Nina Garcia, and Carine Roitfeld can do nothing but praise you, it is pretty much set in stone.

Each look was shot by Terry Richardson but won’t be available till January.

And now, a roundup courtesy of our our favourite fashion Tweeters.

Sorry guys. No unofficial pics at Tom Ford allowed. But trust me, it was a visual smorgasboard of refined chic and sexiness. #NYFW (@MrJoeZee)

Tom Ford’s show, which is yet to start, has already redefined intimacy, modernity, luxury, and what is power in the fashion industry. (@DerekBlasberg)

Ultra glam at Tom Ford. Presented like an old couture show, Tom narrated his parade of chic, sexy clothes on “women that inspired him”. (@MrJoeZee)

Very private Tom Ford Show: just the cream of the editors and Solange Knowles in the front row. (@VogueParisLive)

Tom Ford’s show is a couture-style presentation, where Tom (HIMSELF) introduces every model and garment. The entire effect is breath taking. (@DerekBlasberg) 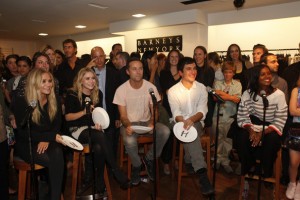 Two days after London Town’s Vogue’s Fashion’s Night Out, New York blows us away with a practical celebrity and designer buffet. Yes, your eyes are seeing Mary Kate Olsen, Ashley Olsen, Jack McCollough and Lazaro Hernandez of Proenza Schouler AND Liya Kebede hanging out at Barneys. See more of the unreal fashion and merriment below. END_OF_DOCUMENT_TOKEN_TO_BE_REPLACED 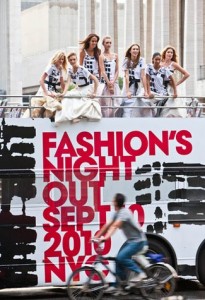