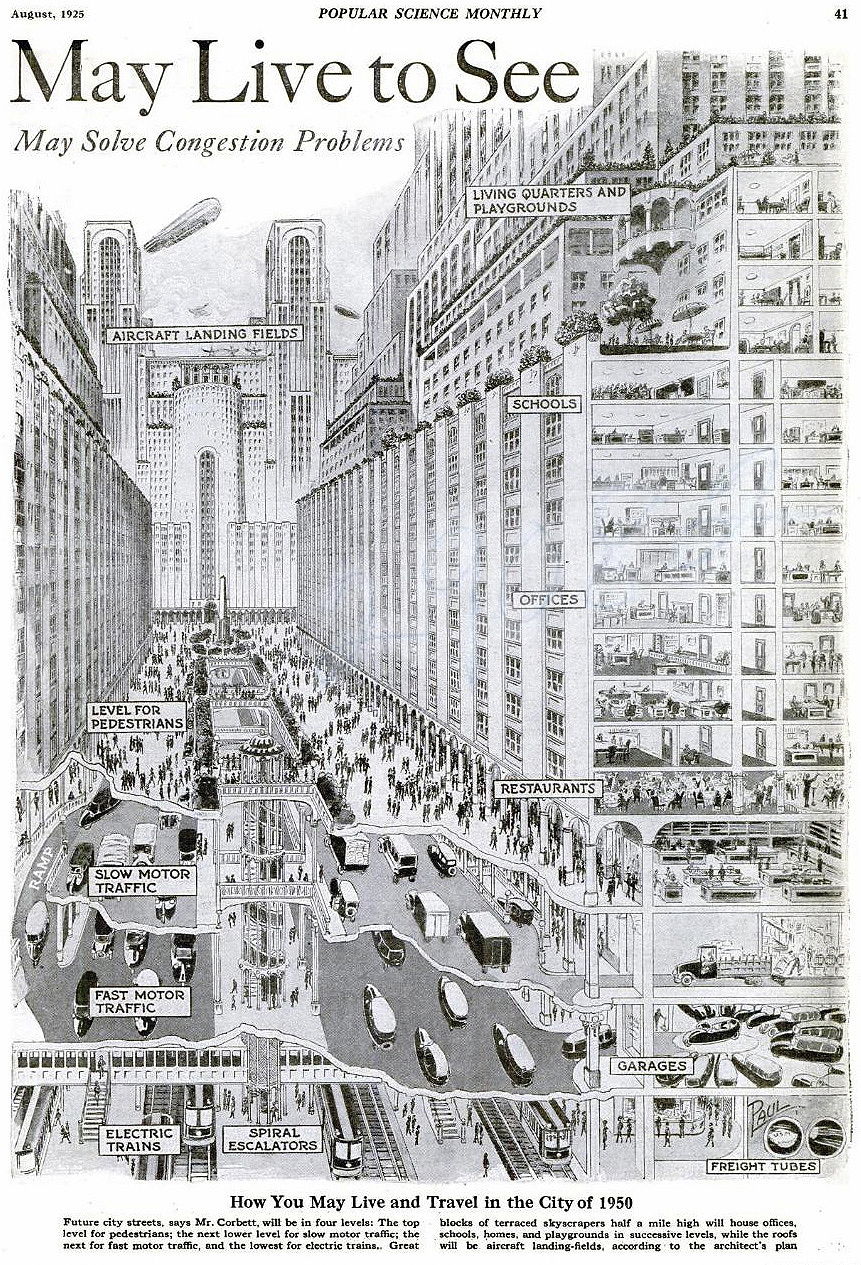 This may be one of my favourite Throwback Thursday finds in quite some time. Found in the August 1925 issue of ‘Popular Science Monthly‘, the article above – May Live to See – suggests that city dwellers would be living on four levels after 25 years had passed. Subtitled under ‘How You May Live and Travel in the City of 1950’, I certainly don’t disagree with the idea of a pedestrian-only level of land or a city full of spiral escalators.

Serious talk, guys. It’s coming up to 100 years later. Where my spirals at? 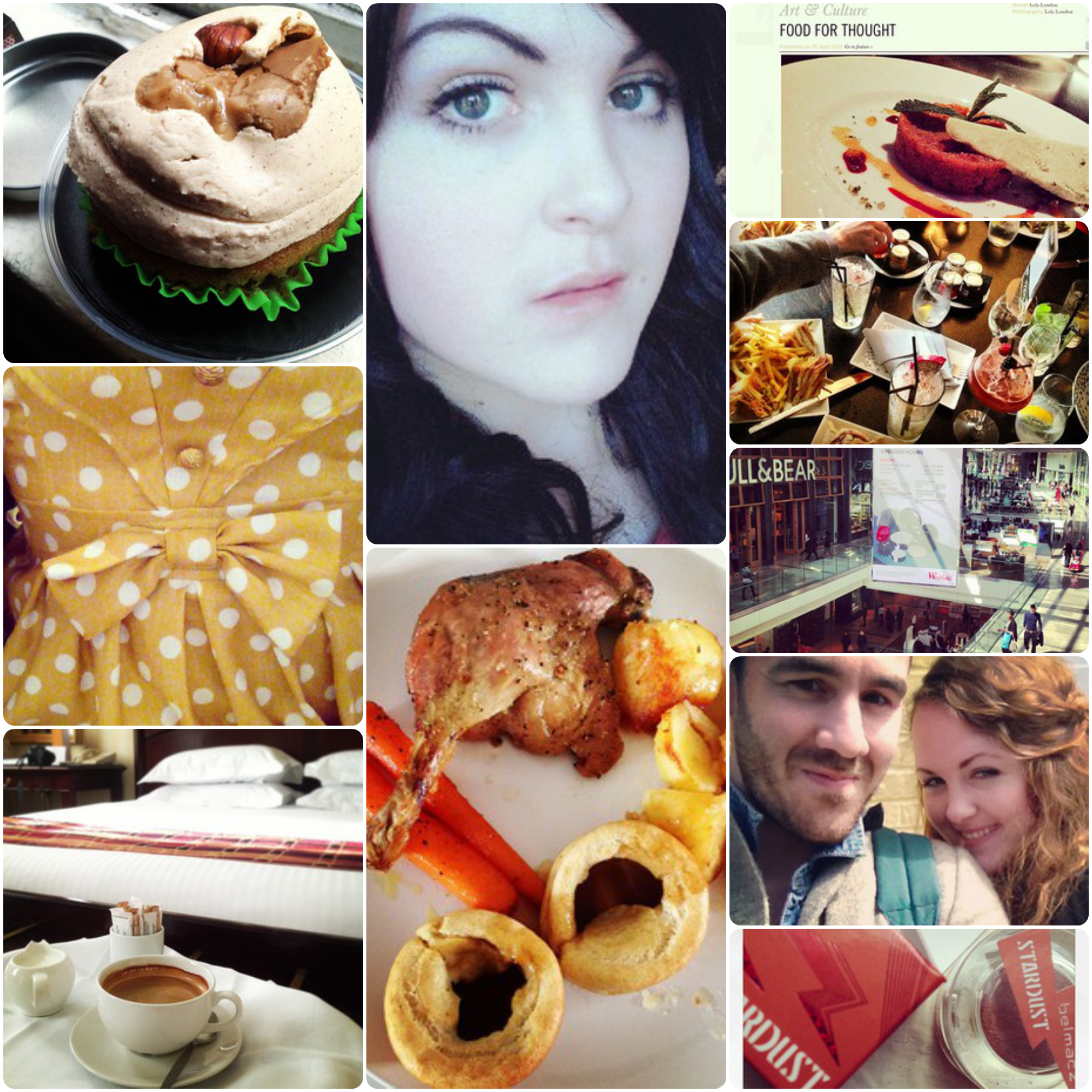 Instagram (@lelalondon) – left to right, top to bottom:
1. It’s official. The way to my heart is a Cat and The Cream cupcake.
2. TBT. 18 years old. When I thought I was Dita von Teese.
3. CARROT FUDGE, U GUISE. (New Food For Thought at HungerTV.com!)
4. #SorryNotSorry
5. Vintage recovery (shop your closet!)
6. 4*. Fun for the whole family.
7. Westfield on a weekday. Lust.
8. Look at you, Ike.
9. A night of R&R ahead.
10. Gold leaf eyeshadow with stunning packaging? Sold before it’s even applied. 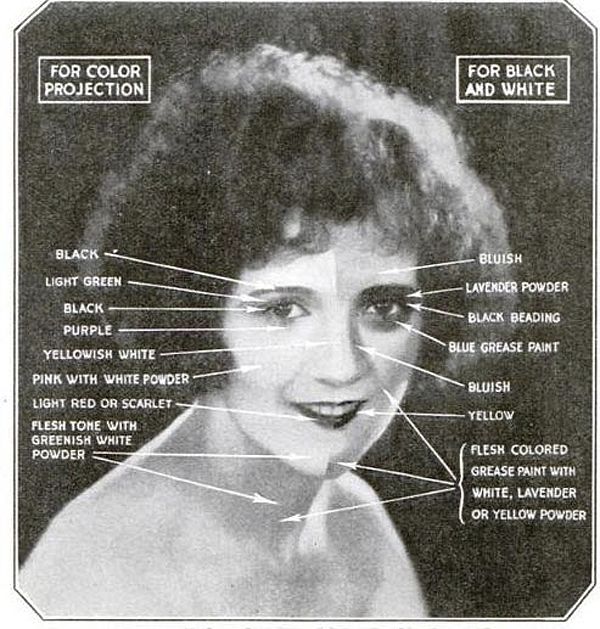 Though actresses have to worry about the incredibly high quality of HD film picking up their every imperfection these days, the ladies of film had an entirely different problem in the 1920s. Because of the price, Orthochromatic film stock was the standard during the birth of film but was rather insensitive to red and yellow light on the spectrum. The processes used to correct this insensitivity to red and yellow in post-production would make it oversensitive to blue and violet. Make-up wise, this means that actors and actresses had to be made up with highly exaggerated and contradictory colors in order to look natural on film. Hence the hooker face. 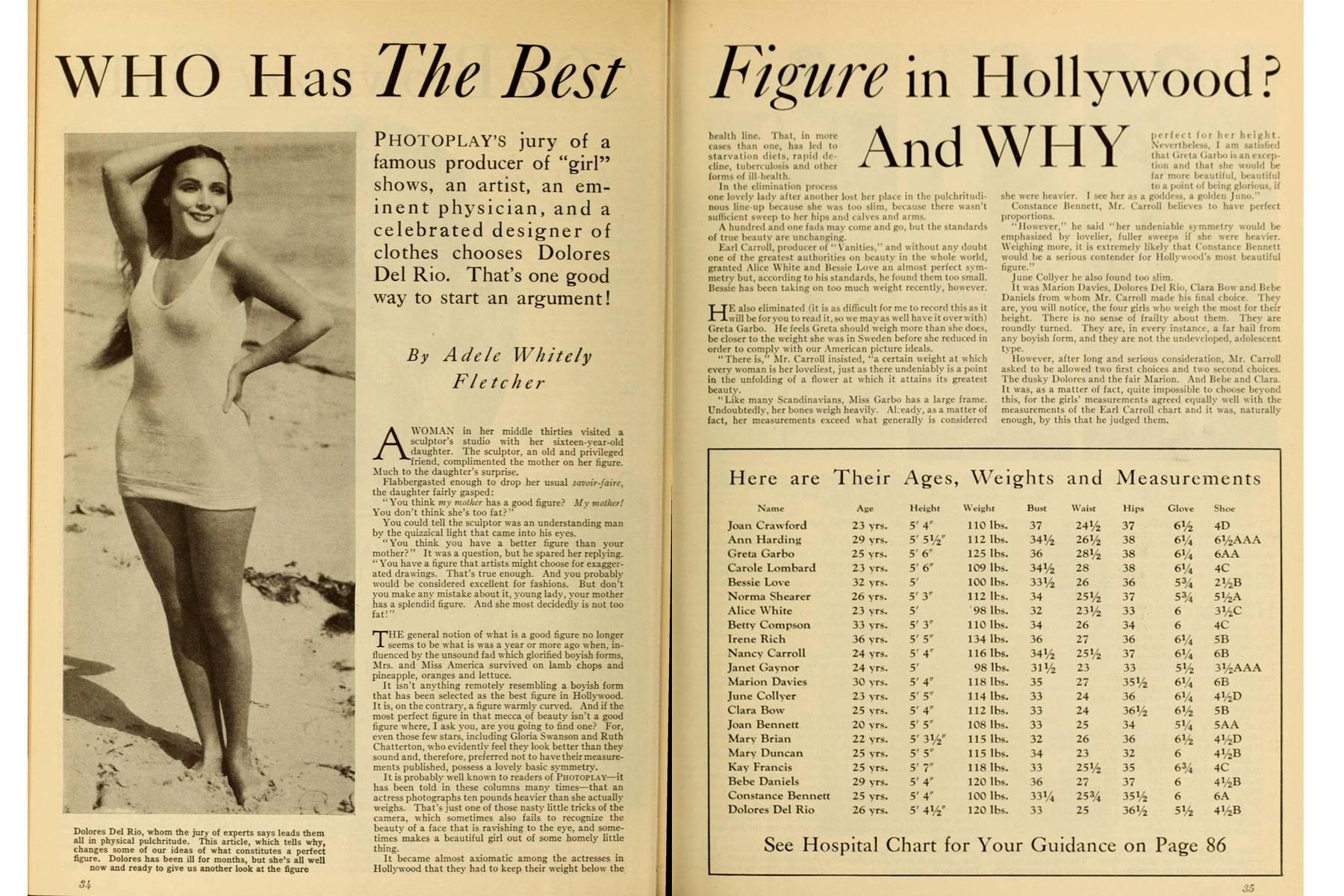 In equal parts admiration and judgement (times aint a-changing, eh?), The Vault has resurfaced this “Best Figure in Hollywood” article from a 1931 issue of Photoplay magazine. Though beautiful 26-year-old Mexican crossover actress Dolores Del Rio was eventually awarded the Best Figure title, the magazine goes as far as listing the ages, weights, and measurements of twenty-one leading ladies, as well as enlisting four judges to discuss each actress’ best and worst qualities. My personal favourite:

“Like many Scandinavians, Miss Garbo has a large frame. Undoubtedly, her bones weigh heavily. Already, as a matter of fact, her measurements exceed what generally is considered perfect for her height. Nevertheless, I am satisfied that Greta Garbo is an exception and that she would be far more beautiful, beautiful to the point of being glorious, if she were heavier. I see her as a goddess, a golden Juno.”

While body critique is certainly no stranger to the modern day, I have to applaud Photoplay’s take on it: rather than name-calling and headline-splashing, they chose to quote doctors and enforce the idea that “beauty is what it always has been and always will be, the result of health.” 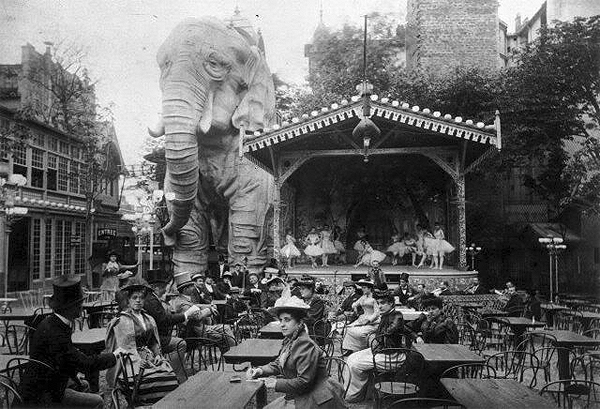 Thanks to Baz Luhrman, I often believe the Moulin Rouge to be a place where people sing their emotions on clouds and reinterpret Madonna’s greatest hits in hopes of saving their asses.

Then photos like this come along and remind me that the Moulin Rouge has existed long before Ewan McGregor became a penniless sitar player.

Co-founded in 1889 by Charles Zidler and Joseph Oller, these 100-year-old-plus photos depict my favourite part of Moulin Rouge’s legacy: the Garden. Where else in Paris could you get away with fashioning a giant red windmill and gargantuan elephant? 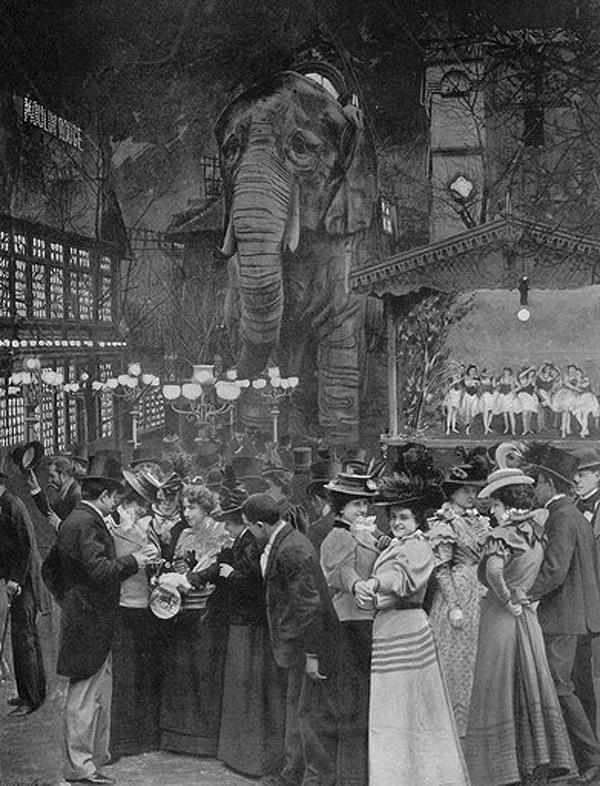