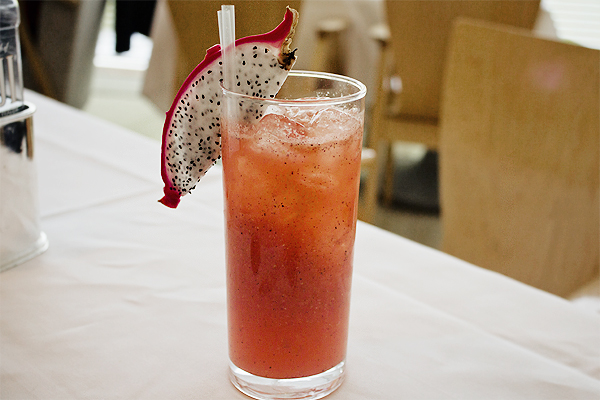 If there is any day my digestive system doesn’t deserve a rest, it’s the so-called ‘Day of Rest’. Sundays in London are absolutely packed with beasts of brunches and lunches of the coolest variety. When I found out that Asia de Cuba at St Martins Lane Hotel had launched their own version, a Dim Sum Brunch, I hightailed it to the restaurant.

All library-meets-Saatchi-Gallery, the modern and bright dining room is brought to life by a Cuban jazz trio that pluck and croon over tables packed with Dragon’s Twists (Aba Pisco shaken with fresh lychees, dragon fruit & elderflower liqueur, finished with a dash of ginger beer) and Spiced Mangoes (Chinese pear-infused Sake shaken with fresh mango, homemade chilli, basil sugar & a hint of lime).

With both my lady friend and I’s heads feeling worse for wear, we ordered up a delicious and unrealistically-sized storm. The dim sum, as expected, came first. Rankings go a little something like this: 1) lobster chive and coriander shu mai, 2) steamed oxtail and kimchee dumplings, 3) tiger prawn potstickers, and 4) chicken, spring onion, and ginger won tons. I wouldn’t say it was the best dim sum I have had in the area (each parcel’s skin seemed to have a bit too much flour), but I was quickly distracted and wooed by the arrival of a gloriously fresh ceviche tasting platter. Split into four square sections with enough to share between two, the ceviche taster included:
– GROUPER, SEVILLE ORANGE AND AJI AMARILLO (plusyuzu and horseradish, Thai basil and toasted sesame)
– PRAWN, SNAPPER AND ‘CONFIT’ WATERMELON (plus Vietnamese red chili, garlic and jalapeño with shaved coconut)
– SCOTTISH SALMON AND SALTED AVOCADO HELADO (plus spicy coconut milk and bird’s eye pepper)
– CURRY KINGFISH AND PASSION FRUIT (plus lemon oil, toasted coriander seeds and fried capers, and boniato)

You can’t go wrong with a menu like that.

Before dessert (oh yes, there’s more!), we ordered two super-Asian mains; an Asian noodle box with sautéed Asian vegetables, rice noodles, mushroom chilli broth, and hoisin sauce, as well as the best salad I have had in recent months. We’re talking a spicy seared carpaccio of beef tenderloin with avocado, shredded coconut, orange segments and Asian greens with hot-sour dressing under the unassuming name, “Thai Beef Salad“. You have two options: order it or regret you didn’t.

My suggestion? Skip the dim sum and treat yourself to…everything else on the menu. Keep that digestive system working. 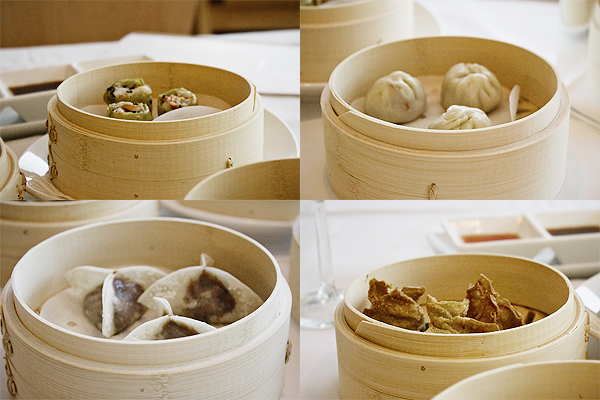 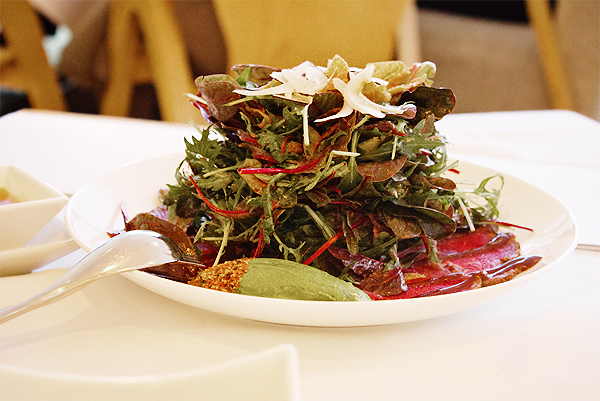 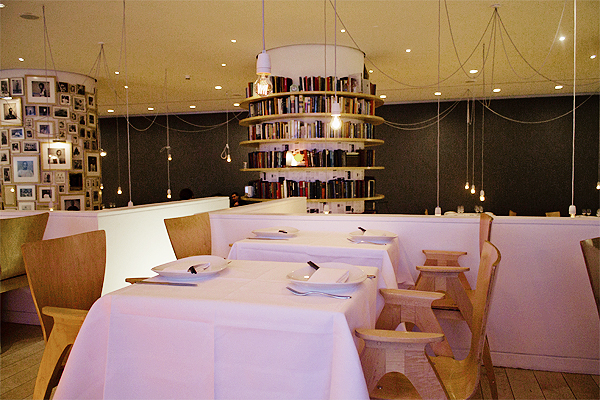 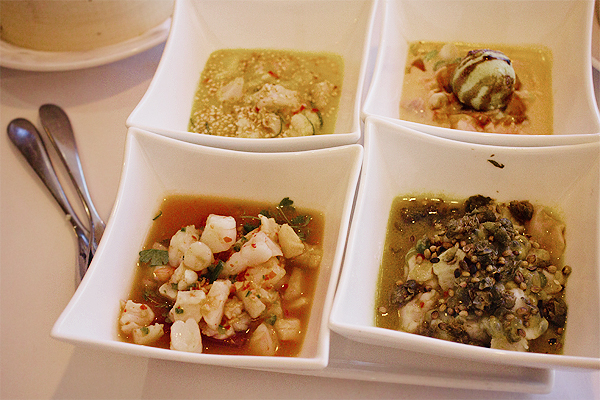 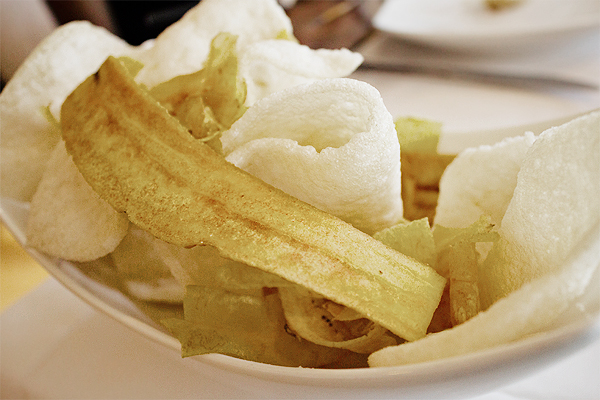 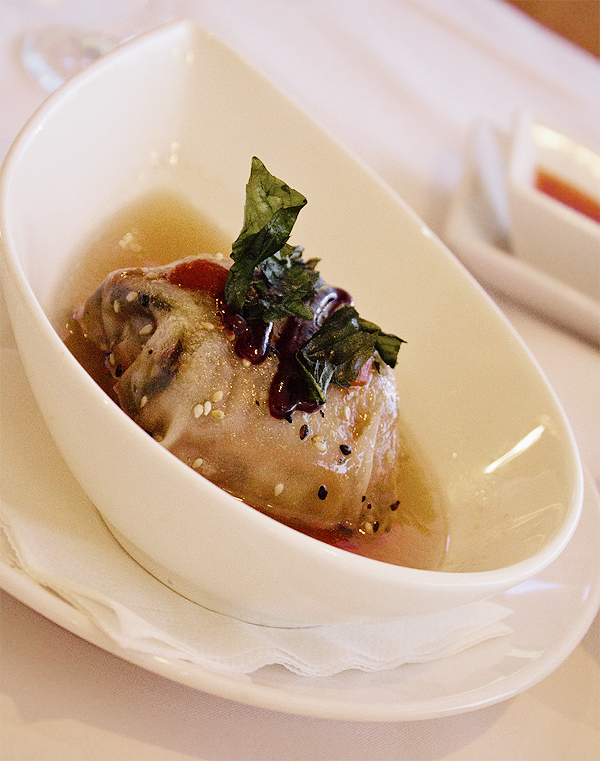 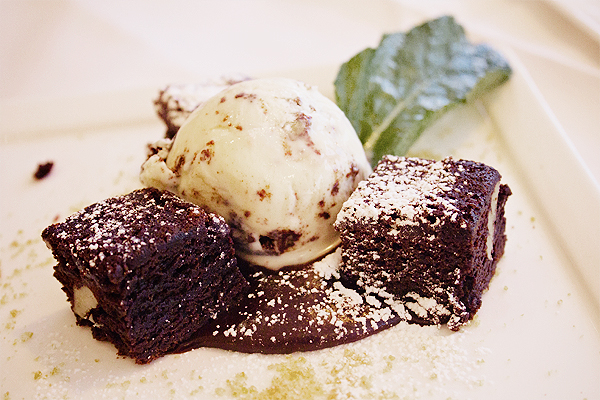 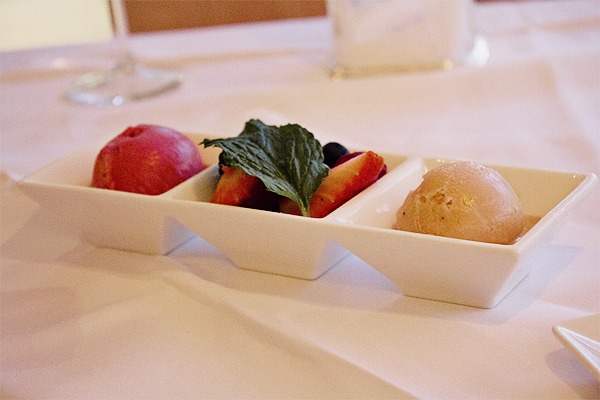 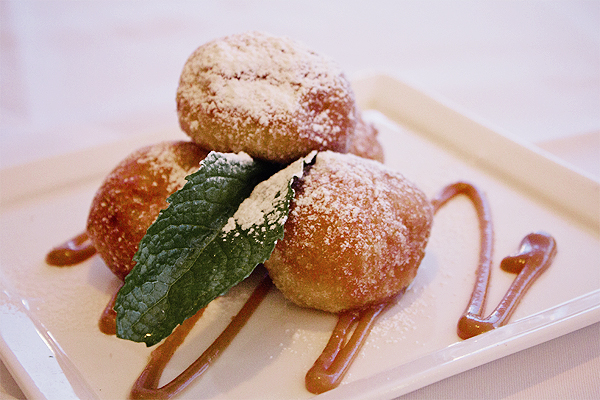